Girl Scouts overcome challenges to give back through cookie program 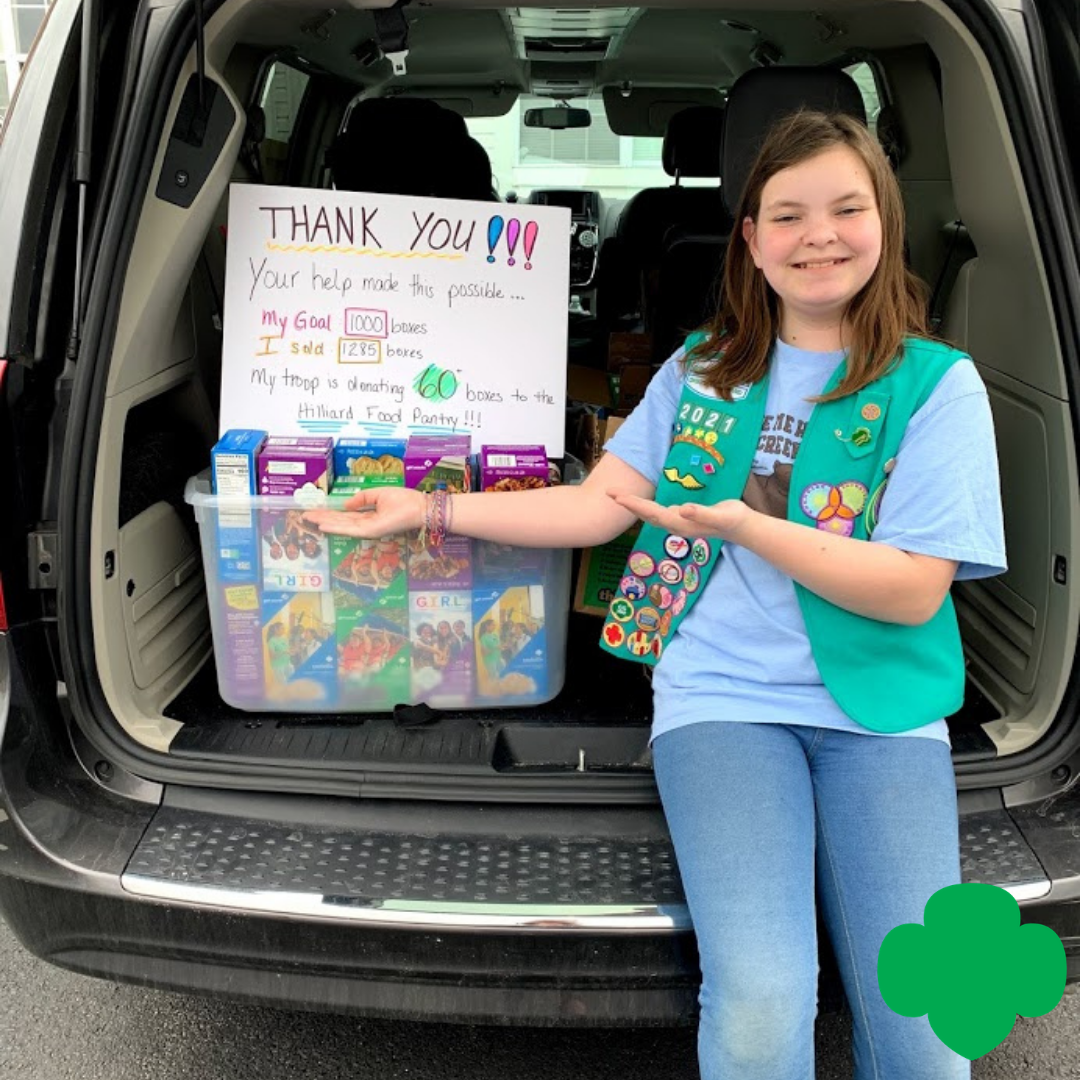 Every cookie season, Girl Scouts from GSOH collect cookies for military members, veterans and their families. But in 2020, the donations took on a special meaning for Troop Leadership Volunteer Crystal D. and her daughter Emma G., a Girl Scout Brownie.

In October 2019, Crystal’s husband Christopher was deployed to Kuwait for a year with his Ohio National Guard unit just a day after Crystal had given birth to their youngest child.

So, for the 2020 cookie program, Troop 9400 decided to do something a little different with the cookies their troop was donating to Operation Salute.

“We thought instead of sending it to a random troop we would use his troop kind of as an idea to get more donations,” Crystal said.

The girls and the community rallied around the idea. They collect more than 300 cookie packages, enough for each man in the unit to get three packages of cookies.

For Crystal and Emma, it was moving to see so much support for Christopher and his unit.

“I mean it really showed that people actually did care and did realize what we were all going through,” Crystal said. “Our Girl Scout troop has become kind of more of a family unit almost. We’ve all been there for each other through every one of our problems.”

The troop received permission from council to send the cookies directly to a specific unit and then used cookie proceeds to cover the shipping costs. Because they were sending the cookies themselves, they could get creative with the packaging.

“We wrote like thank you notes on the boxes,” Emma said. “Every Girl Scout did a different thing.” Emma drew a soldier and wrote “Thank you for your service,” on her notes.

Crystal said Christopher knew about the cookie delivery beforehand, but no one else did.

Emma loved sending something to her dad and others in his unit.

“They were totally excited, so I thought that was just wonderful,” she said.

Because of the closeness Crystal and Emma share with their troop, the donation effort became an important mission for them all.

“(The girls) all talk to each other, they’re all friends,” Crystal said. “They all knew her dad was leaving, how upset she was and it was more ‘Hey, we’re going to pull together, we’re going to be there for her and help send stuff over there and earn patches in the process.’ ”

Amid COVID-19 uncertainty, girls give to local food pantry

When the COVID-19 pandemic hit Ohio in March 2020, everything was stopped in its tracks, including the Girl Scout Cookie Program. But Troop 2021 used the experience to give back to their community.

There was supposed to be one final weekend of cookie booths, but as Girl Scouts Stella R. and Samar M. started a cookie booth Saturday, March 14, it became clear it was the last one the troop would have.

With hundreds of packages still in their inventory, the girls came up with the idea to collect cookies for the Hilliard Food Pantry. If people who purchased cookies didn’t need or want the cookies for themselves, the troop would donate them to the pantry.

Stella said other troops often donate cookies to bigger food pantries or other organizations, such as the Ronald McDonald House Charities, but not to the local Hilliard pantry.

“I think it’s a really good thing to do to help and contribute to your community,” Stella said.

In addition to the cookie booth location, Troop Leadership Volunteer and Stella’s mom Cortney posted on social media to alert family, friends and the community of the troop’s effort to collect cookies for the food pantry.

“People loved that. They wanted to give back,” Cortney said. “Everybody was kind of like, ‘We don’t know what’s happening right now.’ The community really came together for us.”

They had people all over Hilliard contacting them to donate packages, plus cookies that were donated or purchased at the booth.

The girls set up a special tote for donated cookies, so that when people walked by their booth, they could see the impact the girls were making.

After two hours, the girls had cleared out the majority of their inventory and collected 67 cookie packages for the food pantry.

“It was really a big community effort,” Cortney said.

Community service has played a huge role in the troop’s activities going back to when they were Brownies. They’ve adopted a senior citizen for Christmas at a local nursing home, delivered Valentine’s Day cards to a nursing home, made blankets for babies in a neonatal intensive care unit and more.

“We decided as a troop that we wanted to make more of an impact on our community than just supplying them with their delicious cookies every year,” Cortney said.

The troop members have volunteered and done other food drives for the Hilliard pantry over the last few years. Cortney said it’s been a passion project for them.

“Donating cookies to our community is important because they do a lot for the residents or people who live in Hilliard and I think that it would be nice if they get something from us (too),” Samar said.

Girls use cookie rewards to make masks for essential workers

The Girl Scout Law says to “use resources wisely,” and that’s just what the girls of Troop 1597 did at the end of the 2020 Girl Scout Cookie Program.

Two of the rewards girls could earn during the 2020 program were washcloths and bandanas. Troop leadership volunteers were given these rewards ahead of time to reward girls instantly once they reached that level.

And while girls within the troop did reach that reward level, some did not, and the troop had extras of each at the end of the program. That’s when the girls got an idea.

Rather than returning the extras, they asked the council and received permission to use the washcloths and bandanas to make masks for others in their community.

“Some people didn’t have masks, so we thought it would be a good idea to make some for them,” Girl Scout Cadette Bethany W. said.

Troop Leadership Volunteer Bobbi W., who is also Bethany’s mom, said at the beginning of the COVID-19 pandemic, she witnessed people using bandanas as masks when they didn’t have anything else. She made an offhand comment to the girls about the extra bandanas the troop had, and the girls took it to the next level.

“It was kind of, you know, that aha-moment that you wait for as a Girl Scout leader that your girls get it and they ran with it,” she said.

Bobbi and Bethany — along with fellow troop members Isabelle D., Lillyann D. and Breeona D. — spent two weekends making the masks. The group limited who was involved in ironing, cutting and sewing the materials to keep girls safe in the early stages of the pandemic. But Bobbi said other troop members realized they could make an impact.

“The girls started saying, ‘Can we give up our prize (bandanas and washcloths) and not just use the extras?’ ” Bobbi said.

Because girls were willing to give up their prizes as well, the troop was able to make 57 masks that were given to the Marion Area Counseling Center, Marion County Children Services and a local domestic violence shelter.

“They worked very hard for their prizes and to reach that goal, so to see them give up just a couple of the prizes to help somebody else was just awe inspiring,” Bobbi said.

For the girls, the project was a new challenge. They had never done anything like this before, but it was also rewarding.

“I felt really good because I was giving out kindness to everyone and basically helping,” Isabelle said.

The last year needed a little more kindness and helping and these girls delivered. 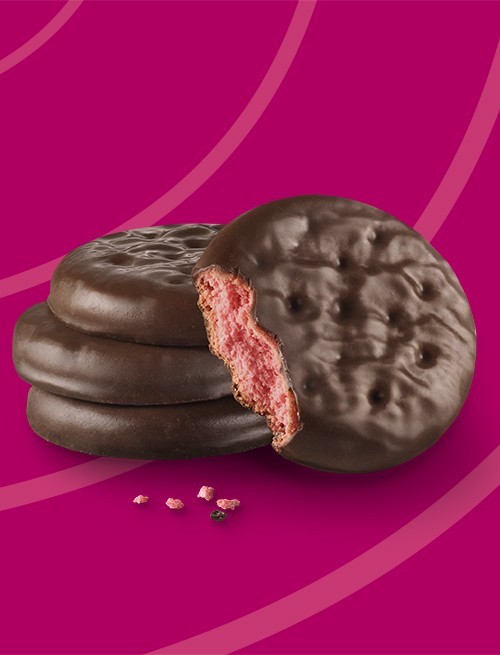